The main world change for 3D are of course the tiles, specifically walls and doors. Making tiles into 3D versions for the perspective camera means that I can take a whole lot of screenshots (and totally pad my blog post stats).

I can make a wall be a cube. Basically, add vertical tile-sized bits at the sides: 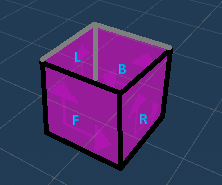 So now my tile world object prefab can point to all the potential “sides” of a tile:

For now, the side bits will get assigned whatever sprite the main bit has to see that it works: 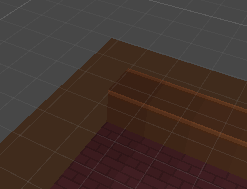 There is some rendering redundancy (since you can’t see certain sides), but I’ll worry about it if it becomes an issue.

I can further adjust this to use side bits for walls: 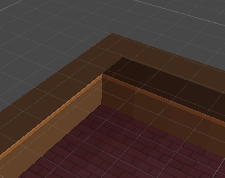 I have to disable lighting now, because it messes with my sprite logic.

But the result is pretty decent:

I will have to think more about the wall sizes and such, but I’ll get to that later.

The big thing now is that I no longer have door tiles or combined wall-door sprites:

In fact, the tile prefab no longer has a “main” sprites that I restyle into a different one, because my side/top and wall bits are now all without neighbour-based fakery:

My assets are converted from having doors with direction-specific versions, to just a single door that I can reuse. 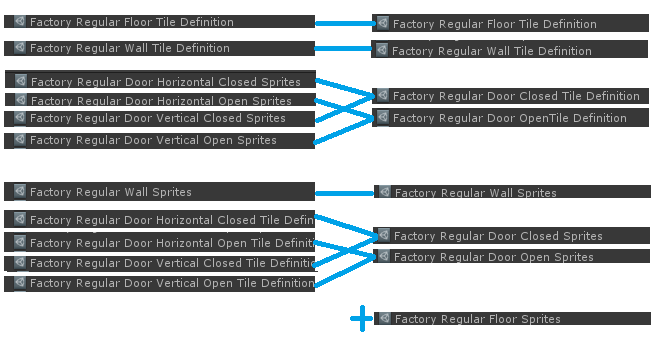 I also now specify sprites in its own asset (which is slight overkill, but I guess I can use it for theming later): 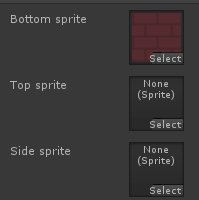 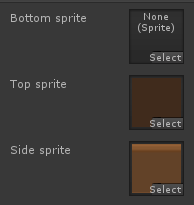 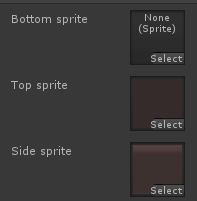 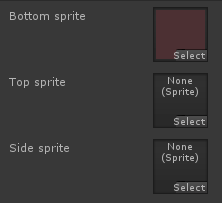 And there are now a lot of the door and wall-door sprites I no longer need:

This is awesome, because is reduces sprite asset requirements by a lot, at least the tedious door bits. The 6 sprites (floor, wall side, wall top, door side, door top, open door floor) now describe every possible thing in the game.

I do now need separate prefabs for walls and doors:

(Technically, doors are identical to walls, but I may change that if I ever get to using collider physics. Open doors are just floors.)

And it looks pretty good: 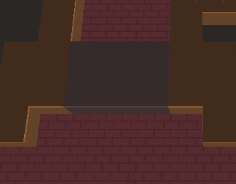 This was quiet a feature. It changes the visuals dramatically. And changes a lot of places around the codebase. Including lots of assets that make it all work together. I think I am making good time on this at the moment.

I now also need to adjust my room generation logic (again), since I can now overlap rooms again and no longer need weird double-sized walls or doors. I will cover this separately though, as there’s a bunch of things to tweak there.