I have a lot, and I mean a lot, of small issues to fix. Most are not even worth going into. But these things take days to fix, so I’ll make a quick mention of the biggest ones to keep the blog up to date, whatever that means.

I was going to use colliders for my tiles and other world objects and use Unity physics, but I’m removing all of that and doing various other fixes to world objects. 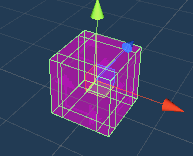 I finally have the Rewired input plugin save data piped to my own data container via a custom “interface” and I can finally save it properly.

I fixed the player’s damage flashing duration, fade and made it match the actual invulnerability period:

I tweaked the number as well and made sure it’s properly wired:

I mad the barrels show the damage numbers after all:

I made their explosion damage scaleable as well:

And made them do a force push when they explode:

I fixed the mob and many other object collider sizes, so they don’t clip into walls:

I also made the death parts explode properly with the right force:

I made the props correctly decided their collision logic based on a setting that varies between props:

I fixed how the boss bombs interact and collide with stuff in the world. 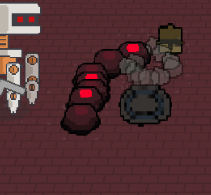 And I made the boss mob properly use mob weaponry and (un)equip the special ability weapon.

I also added the armor and shields as scalable amount to mobs and player:

So that’s the sort of stuff I’m doing. I still have plenty of these left too. There were a bunch of bugs and problems that don’t have any visual components that I also fixed. So there, a bugfixing session before blog post #100. Will it be special? No.