In contrast to the other “proper games”, below is a list of older games (and other projects) that never saw the light of day. These are one-time prototypes I played with while learning a new platform or implementing some exciting algorithm. Including some games I never got around to finishing or taking beyond prototype stages.

A CMS game in space in the vein of Drawf Fortress (more like Gnomoria). It was going to be focused on ship building and resource management. You have various specialists to perform all the needed work on the ship. I got as far as making the workers deliver and collect good and perform tasks chains. I really wish I got this finished. 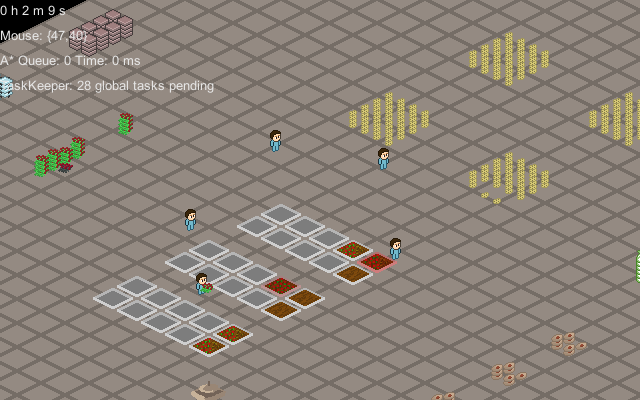 This was one of my more ambitious ideas that quickly turned unmanageable. Every body part of the character is a separate entity, that can be moved or animated individually. This mechanic lends itself to different apparel, different poses and animations, limbs falling off, etc. Characters and mobs can be different shapes and sizes. I additionally tested out a node-based algorithm for collisions, where there are a whole lot of world objects in the world. 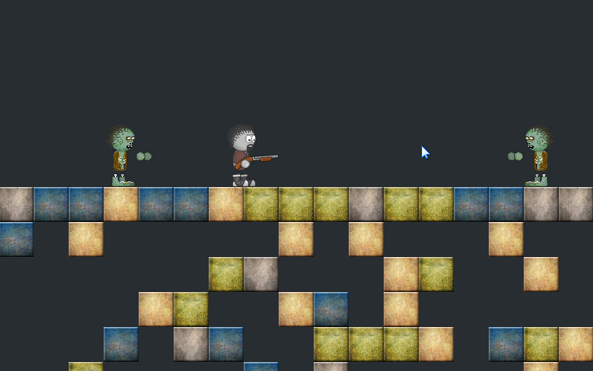 Ever wondered what happens when you strip off 98% from Civilization or SimCity, or Anno series? Look no further, you have found the answer to your weird question. Partly an experiment in hexagon tiling, partly inspired by playing too much Civilization. The idea was that this is a colony in space and you slowly expand and build it, but it plays more like Anno. I ended up with a rough city simulator and various population desires. 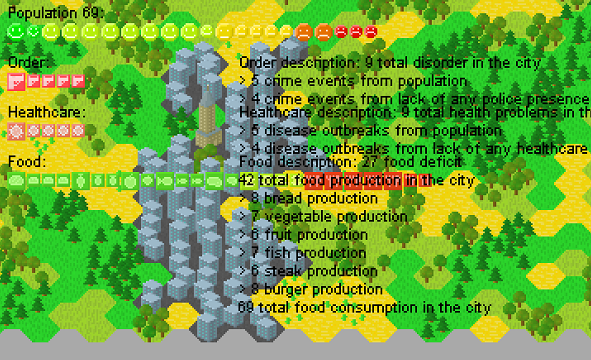 I wanted to do a sandboxy 4X game with ship building, trading, colonizing, etc. I even wrote a massive GDD for it. The problem was, of course, scope. Just the basic trading and ship convoy logic would take a lot of time. I still hope to do this one day. 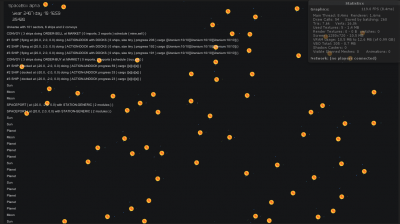 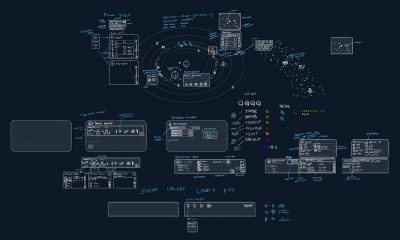 At one point, I started playing too much Solitaire instead of working. To rectify this, I made myself a Solitaire game to… you guessed it… play itself. At over 200k+ games a minute and over 30% solve rate, I have now ensured I will never have to play Solitaire ever again. 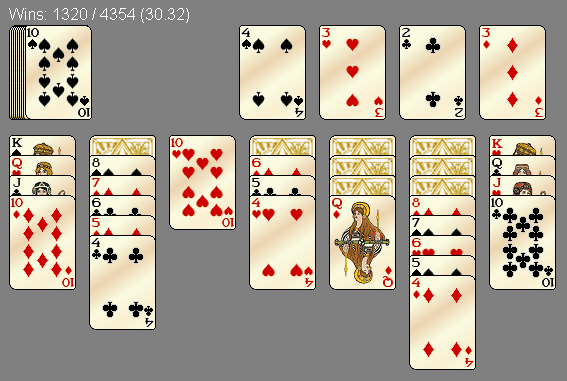 This is a node graph visualizer for choose-your-own-adventure books. I was reading a bunch of them and decided to map out some of them for my own amusement. I even used the node separation algorithm in a different project.

There was a project planned near where I live — a new apartment house. But the construction plan and concept images provided by the people were not accurate, to say the least. So I made a simulation of sunlight and all the angles to preview the area and see how much actual shadow coverage there was during spring/autumn months. You could also fly around to see exactly how your view was blocked from different vantage points. 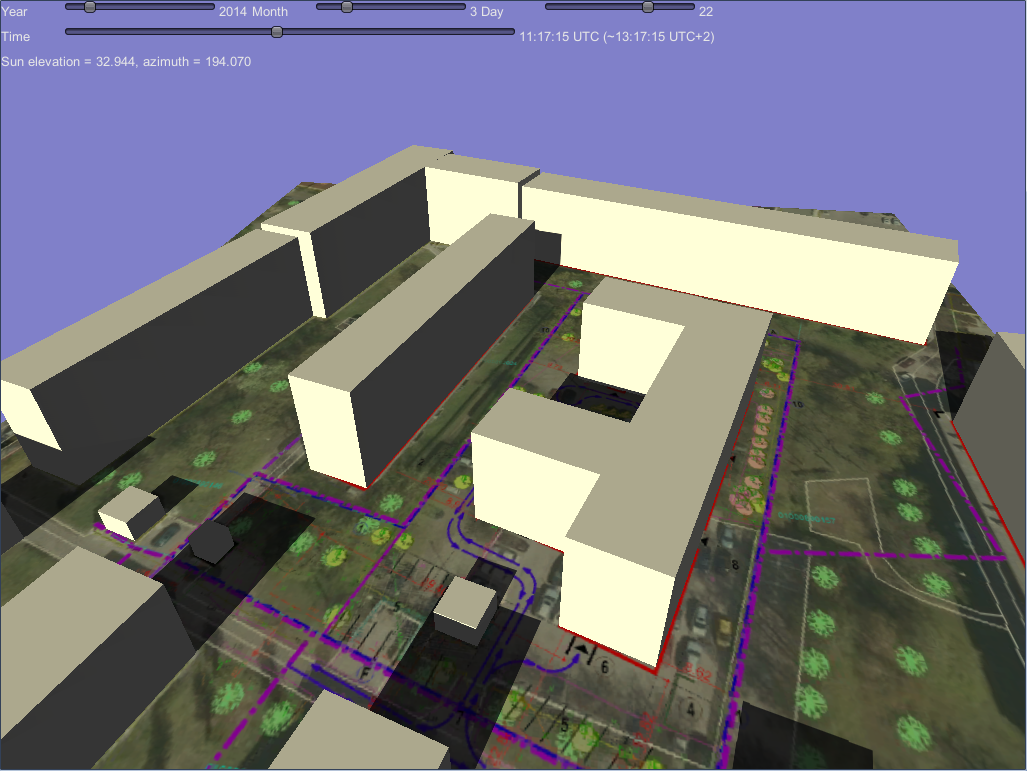 This was a platform for artificial life development. You could write a dissertation on just about how they think and evolve. Oh wait, I did write one for my Masters… This is a mostly technical project about AI, learning, evolving, mutations, state machines, decision making, etc. But, for a visual software perspective, it does depend on a world definition that can be visualized nicely in 2D. 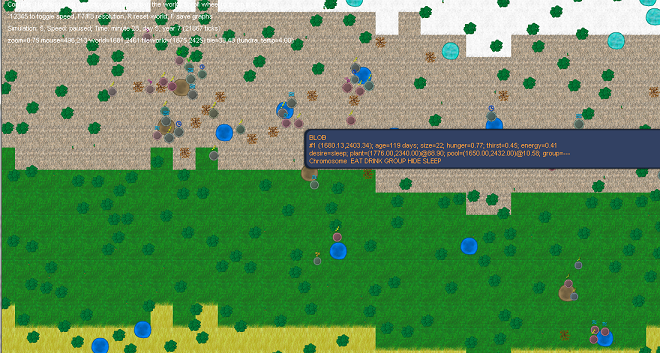 In this little game, two teams battle it out and each get a melee warrior, a ranged mage, and a healer priest (or combos thereof). This is not about gameplay though, but about a smart AI algorithm comparison that analyzes many steps ahead to play the game. Utilizes Monte Carlo, min-max, depth search, and basic rule-based versions. 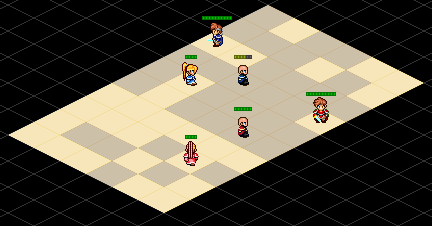 At some time I decided that I needed to organize my beer cap collection better than an Excel spreadsheet, so I made a stand-alone application that would provide an easy interface to view, add and edit all the records. This was later superseded by my cap website. 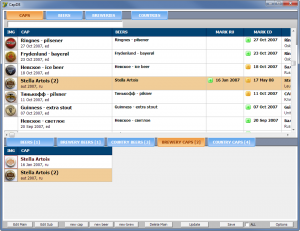 Iso was my second attempt at isometry (surprise!) around 2009 with tile height changes and other features. The big thing was that this used actual DirectX instead of software rendering or Windows Forms API DirectDraw thingy. I also implemented tile-independent units that could move freely and had smart path-finding. Also, lightning effects, which I had skimmed on in the past. And a fully sloping Transport Tycoon-like terrain. 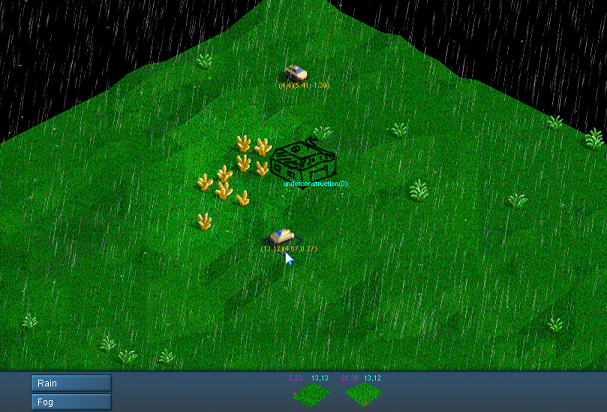 Hugely inspired by Avernum from Spiderweb Games at the time, I spent a paramount time getting an isometric engine running in Delphi around 2002. It had all kinds of engine features — tiles, walls, doors, objects, units, etc. This was my biggest game attempt at the time that overshadowed everything I had done before. Unfortunately, it never saw much gameplay. As per graphics, this was my first “real” graphic game, although it still ran in “software” mode instead of using the GPU. I went to extreme optimization lengths to make sure it ran more or less smoothly. I even spent ages drawing all the sprites. 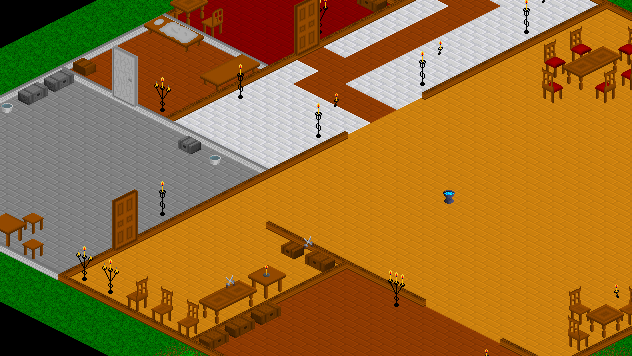 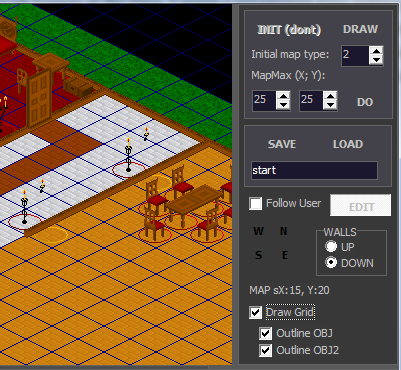 I even made a tool to make blended sprite transitions.

Now for embarrassing ASCII game section! I had not played many RPGs at the time, but after my first experiences I just needed to delve into one of the most complex genres. Needless to say, this didn’t get very far. I got a basic ASCII engine where you could walk about, travel areas, talk to people and pick up some items. The trend of making overly complex engines will continue for years to come.

One of my first environment/agent simulators, although saying that is a stretch given just how basic it was. You had good guys, bad guys, plants and seeds. Everyone runs around eating, laying eggs, fighting. Glorious ASCII fun. 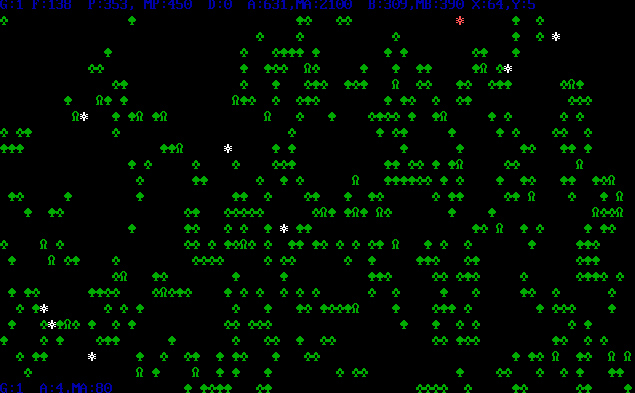 Not sure which movie was the inspiration, but it included a central system for managing some facility. May be it was Resident Evil or something. Anyway, my destiny was pretty clear — make a simulator of some sort of facility, a factory in this case. One of my first game-like projects.

There were a few other projects, mostly in Pascal and Delphi that I cannot find anymore… I remember two in particular – a simple 2D grid for robot control and a simple lost-in-woods RPG with some graphics stolen off Sims. I just hope by some miracle I still got these somewhere and I’ll be able to dig them out.